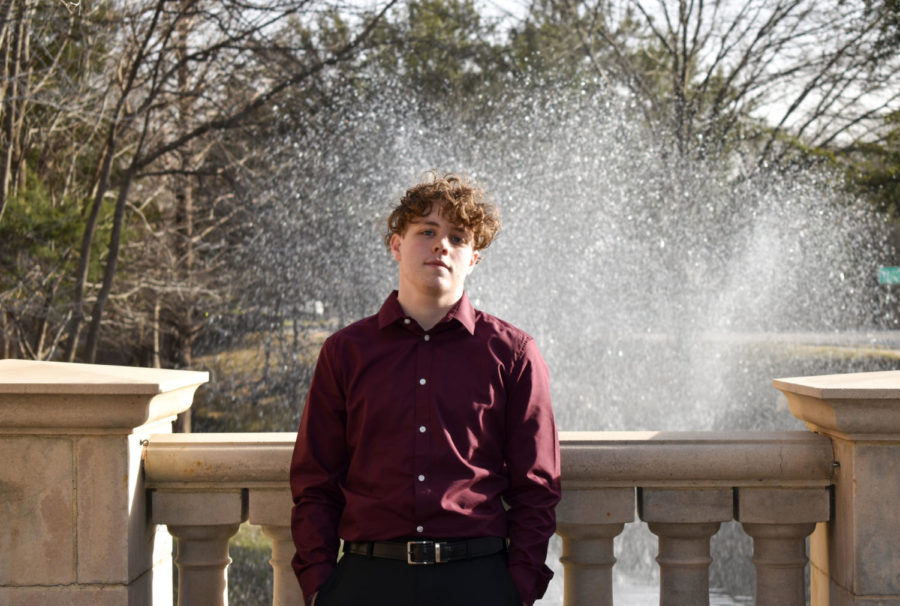 When singer Harry Styles wore a dress for the cover of Vogue Magazine in December, fans raved and drooled. But political, pseudo-celebrity Twitter imploded.

“There is no society that can survive without strong men,” Candance Owens tweeted. ”The East knows this. In the West, the steady feminization of our men at the same time that Marxism is being taught to our children is not a coincidence. It is an outright attack. Bring back manly men.”

“Being a man of the people and someone who cares about others, I’d rather not see other men destroy themselves,” author Ian Miles Cheong posted.

“Anyone who pretends that it is not a referendum on masculinity for men to don floofy dresses is treating you as a full on idiot,” Ben Shapiro tweeted.

Voices like these called out a man for choosing to wear a specific article of clothing traditionally worn by women.

At the end of the day, that’s all a dress is. An article of clothing, a piece of fabric that hides the fact the wearer has two legs instead of one. Yet a male pop star wearing one is so significant that it sparked moral and societal outrage from conservative talking heads.

The social order the critics sought to protect is a rigid and restrictive form of masculinity. One in which you either conform or you get left behind.

The reason so many people try so hard to uphold this standard is because it was founded on a struggle for power. Patriarchies benefit from the idea that men are the stalwart providers and women are the submissive caretakers.

So as societies develop under a patriarchal system, they actively suppress the freedom to stray away from these ideas.

Varun Vuppaladadiyam (he/him) is a senior who identifies as male. He believes that the modern understanding of masculinity is far too and strict and unforgiving.

“They just say, ‘you’re at the top,’” Vuppaladadiyam said. “‘You need to control everything. And if you can’t, you’re terrible. And you’re at the bottom.’”

This mentality hasn’t gone away either. In fact it’s diffused its way into the modern world. It’s why — for most people — it’s almost criminal to stray away from traditional definitions of masculinity.

It’s why little boys will get strange looks or even get bullied simply for wearing the color pink, or for showing up to school with a My Little Pony lunchbox.

It’s why if a young man in high school decides to wear makeup or paint his nails, he gets called a sissy, or worse.

It’s why if a grown man decides he wants to wear a dress to a photoshoot, he gets a wave of backlash on Twitter with people calling his actions “an outright attack.”

Many people resent the fact society forces them into a set definition for what it means to be a man, including students at our school.

Emily Cotter (she/her) is a senior who came out as a transgender woman in March 2020. She believes, based on her experiences, that people could be much happier if they weren’t forced to comply with the gender norms enforced by society.

“People who are so deep into the rabbit hole and are so firm in their belief that there are only two options are doomed to be kind of sad,” Cotter said. “The current binary is set up to make everyone outside of those two very rigid points feel sad and inadequate.”

The traditional, stereotypical definition of masculinity that we’ve all come to accept is unrealistic and outdated. The idea that society needs to strictly enforce a precedent for what makes a man is unnecessary, and in lots of cases, harmful.

In our frantic effort to maintain the social norm, we’re actively discouraging people from being who they are. We make people feel like they’re inferior or inadequate just because they don’t live up to our expectations.

This type of treatment can have lasting effects on people, especially children.

Lee Bodwell (they, them) is a senior who identifies as non-binary, someone who identifies outside the two-point spectrum of gender. For years they’ve struggled with their gender identity and experimenting was always difficult. When confronted by peers and family members, they were met with confusion and scorn.

“As a person that has dealt with gender dysphoria and looking for a label to suit me, I can tell you how much distress it has caused me,” Bodwell said. “Especially with my family: them not being accepting, understanding or being scared, and what that can do to a kid who’s just looking for the support of their parents.”

It may come across as strange or unprecedented that someone would identify outside traditional definitions of gender that we’ve become so accustomed to. However, why should not understanding something mean we can’t respect it?

People have to suppress who they are and beat themselves up trying to conform to society’s expectations just to make others happy.

The role of social norms shouldn’t be able to dictate how people are allowed to express themselves.

“You just want to be accepted in society,” Vuppaladadiyam said. “And at the bottom of your heart, you know that you can’t be, because society doesn’t accept anyone. Society runs off the perception that no one is valid.”

The uncompromising standards we’ve placed on people have to be cast aside. People should be allowed to be who they are.

In what other context is it okay to force people to conform to our needs? It’s an outright attack. Isn’t it?