Running from the Truth 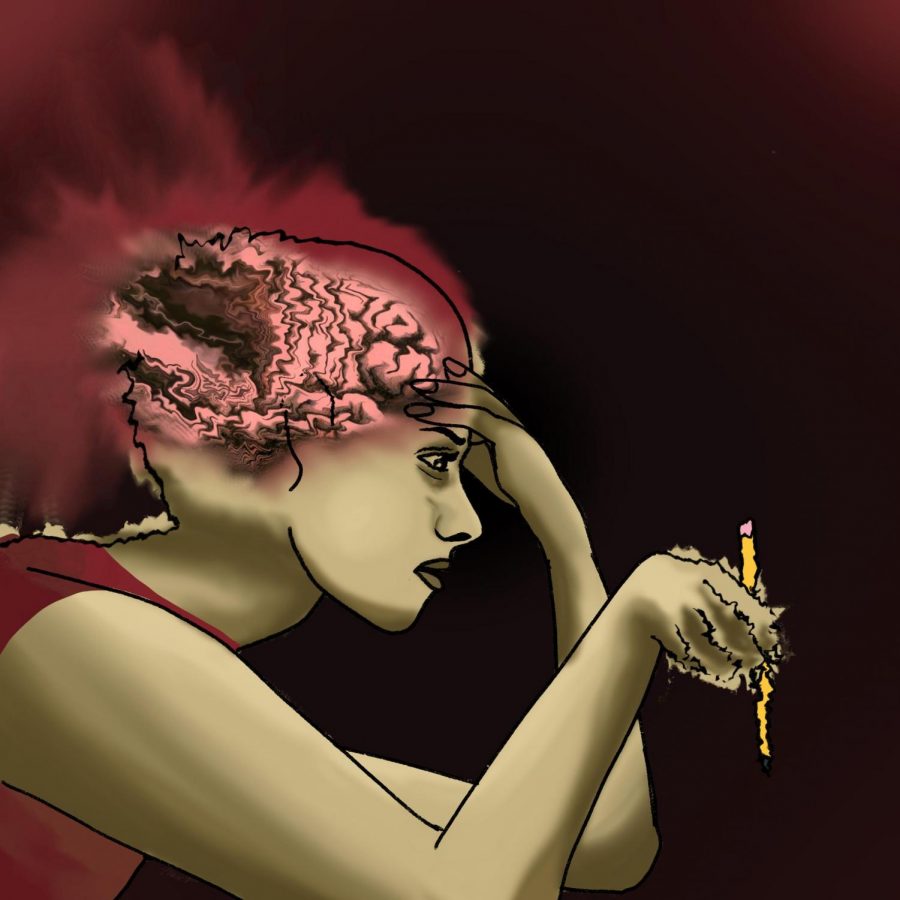 “You’ll never get into college at this rate.”

These were the thoughts that went through my head every night I sat down to do practice problems for physics that were due the next morning, or studied for the calculus test that I would get a 75 on at best. Or writing an essay for AP government at 11 p.m. because I had neither the time nor the energy to work on it any sooner after having sat through four different AP classes in one day.

It was one of the best choices I’ve ever made.

Things are starting to feel more manageable. I was able to contextualize everything that was going on and how it was affecting me. I’ve learned how to take better care of myself and structure my busy schedule in a way that I can manage. I’ve been sleeping better. I can look at a calculus problem without stopping every 10 minutes to stare at the wall and reminisce over how unfair life is. It feels like I’m actually in control of my own life again.

So why did it take me over nine weeks to even consider going to therapy as an option?

I was in the worst downward spiral I had ever been in in my entire life. I was getting about seven hours of sleep on a good night. Panic attacks were a weekly occurrence. There were some nights where the thought “maybe I should just kill myself” popped into my head. And yet it still took me over two and a half months to come to the decision that I should go seek help.

So what was it that was stopping me? “I don’t wanna waste anyone’s time.” or “It’s not that big of a deal, I shouldn’t bring it up.” Thoughts like that would entire my mind every time I considered the idea. I was refusing to acknowledge the fact that there was even an issue despite the fact that I had gotten to a point where suicide was a genuine consideration that entered my mind.

Therein lies the issue. I wasn’t in the mindset that worrying about my mental health was worth my time. Much less anyone else’s. I was aware of the issue, and I was aware of how big a toll it was taking on me.

But rather than acknowledge it, I boiled it down to me being overdramatic. Or even worse, being too weak-willed to handle what was happening to me. All of these thoughts made me feel like it was my fault, which just made dealing with my absurd workload and incredibly unhealthy schedule even worse.

My situation isn’t unique though. Lots of high schoolers are going through this cycle. According to the National Institute of Mental Health, individuals ages 13 to 18 have between a 49% – 57% chance of having a mental disorder.

Think about all students you know. Every person you’ve ever met throughout high school. Statistically, at least half of them are struggling with some sort of mental disorder. But despite that, only about 59% of people with these types of issues are receiving treatment according to the CDC. And that’s of the people who are actually diagnosed.

“We’ve been conditioned to think that mental illness is different from a broken leg,” senior Leah Bodwell said. “You would fix a broken leg right? You wouldn’t wait for it to get worse or make yourself feel bad for having a broken leg.”

Bodwell has been in therapy for almost three years for anxiety and depression. They’ve also been prescribed medication for their conditions. Bodwell said that they know three other people currently receiving some form of treatment for their mental health.

Far too many people in my age group have the mentality that I had. They doubt that they could actually be affected by such issues. They give into the notion that those with poor mental health are simply fragile and weak. They don’t want to view themselves that way, and they cling to that notion rather than accepting the fact that they have a problem.

Once they realize that they might be suffering from these issues, this notion starts influencing their thoughts, causing them to run from the truth. Thoughts like “I don’t need a therapist, I’m not crazy” or “what will my parents think?” begin to flood their mind. This might cause them to start ignoring their problems or even deny that they’re there in the first place, which will worsen their mental health. On top of this they’ll carry this mentality into adulthood and spread it to their children causing the cycle to continue.

We need to be at a point in Society where teenagers can feel comfortable talking about their issues and asking for help. Because if we don’t, then countless teens will go through what I went through. Struggling in silence with no one to turn to, while they and those around them carry the idea that their problems don’t matter and asking for help makes them lesser.