On the Basis of Race

The Black Lives Matter movement has sparked a feud among adolescents 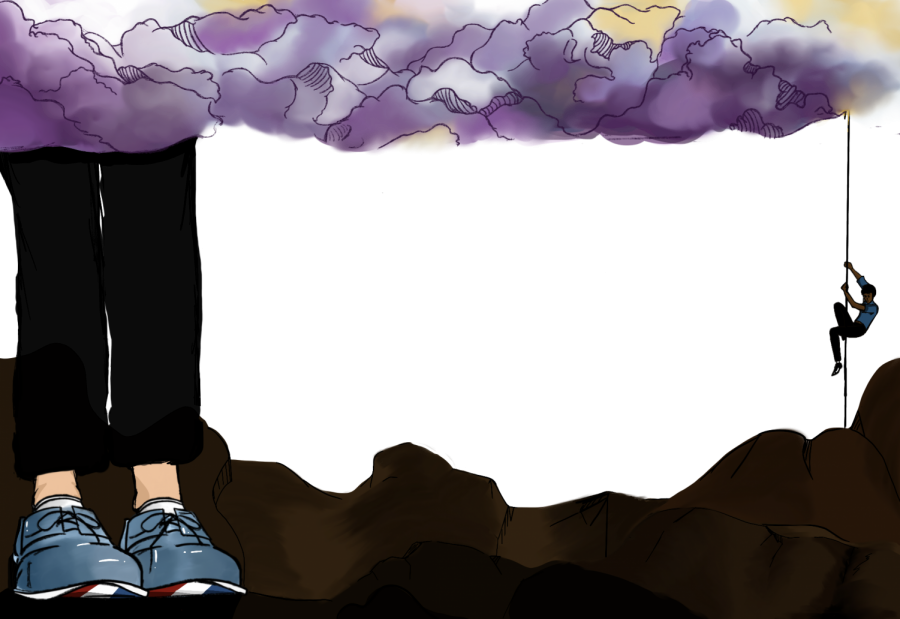 With memories filled with tacky red, blue and green beanbags, snack time, recess and the general sticky fingers that all little kids seemed to have, there’s one thing that sticks out the most when junior Kate Shaw looks back at her childhood.

Hair dark, curly, frizzy and out.

The way she typically wore it.

It was normal to her; every time she looked in the mirror that’s what she saw. But, to basically every other kid in her grade, that big poof that sat atop her head was an anomaly. Something they wanted to touch, pull, poof up and even something seen as a pillow for them to lay on.

She didn’t blame them for wanting to touch her hair or comment on it. People often are curious about the ways they are different from one another. But, even though her fellow classmates weren’t in the wrong, their actions are something that kept Shaw from wearing her hair out for years.

Shaw was used to being surrounded by people who were several skin tones lighter than her. But even though it was normal, it didn’t necessarily mean it was easy.

“I think it was just different that I didn’t have anybody who looked like me, or anybody that I could connect to or I was close to,” Shaw said. “When you’re in a group with 14 girls who are white and don’t really understand you from the standpoint of race, you feel a little uncomfortable. You don’t really know where you stand, and you’re kind of scared of how to act at certain times.”

Shaw felt like a lot of racism was overlooked while living in Melissa, and it wasn’t until she was older that she realized what had been going on.

“Out there, there was a lot of racism. I would say closeted racism,” Shaw said. “There were a lot of microaggressions that I didn’t realize were happening. And being out there it’s a small town, predominantly white small town, so those kinds of things just don’t really seem like an issue to anybody.”

Growing up with a Black mom and white dad in Melissa, a small Texas town, Shaw experienced comments that non people of color would never experience. Listening to people say her mom was “smart for a Black girl” and “pretty for a Black girl.” Getting questions like “Where does your mom sleep?” from people who think a Black woman and white man cannot sleep together. Even things that most people don’t think twice about, like the common inquiry “What are you?” Shaw feels like comments like these dehumanize her as a what and not a who.

Experiences like these have led her to support equality for people of color and eventually led her to become an advocate for the Black Lives Matter movement.

“I think with BLM they’re just trying to say that they’re trying to fight for freedom and equality,” Shaw said. “For black people to not have to leave their homes at any point in the day and fear that they will not come home alive.”

The movement started to gain a following after George Floyd, a 46-year-old Black man was publicly killed in Minneapolis by former police officers, Derek Chauvin, J Alexander Kueng, Thomas Lane and Tou Thao. Even though the organization was originally started in 2013 following Trayvon Martin’s murder, it didn’t start to take shape and bring awareness to the rest of the country until this spring. Floyd’s death sparked global protests and was what felt like the last straw when it came to racial injustice in the United States.

“I felt like I had seen it happening so often and that there was just another news story and another name over and over and over again,” Shaw said. “Seeing this play out on our screens the whole time it was just kind of like “Really? We’re going through this again?”

According to the BLM website, its mission is “to eradicate white supremacy and build local power to intervene in violence inflicted on Black communities by the state and vigilantes.”

Despite most young people being aware of the issues BLM is fighting for, not all agree with the movement. In fact, it is an issue that has held almost an equal amount of division. The Pew Research Center reported that 51% of young Americans say they strongly or somewhat support BLM and 42% say they don’t.

Senior Brycen Bump is among those who don’t support BLM because he says it’s not only Black lives who matter. 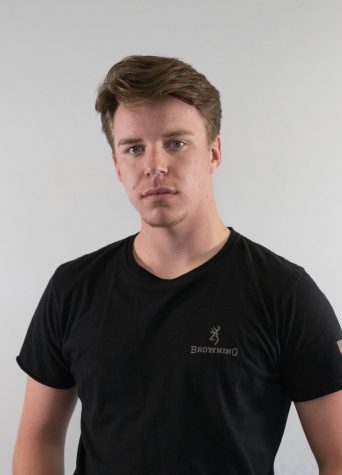 Other problems that Bump has with BLM have been the riots and destruction of property that protesters have resorted to in order to voice their opinions.

“I understand their movement,” Bump said. “I just don’t think they’re going about it the right way. The peaceful protests, I’m all for. The riots, burning buildings down, killing people, trashing streets and cities, I’m not for.”

Shaw doesn’t look at rioting that way. After years of racial injustice, she feels like there’s no better time than the now for rioting.

“I think it’s justified if people riot,” Shaw said. “Each time we see another Black person die and it’s another name and another hashtag and it’s on the news, nothing really comes out of it.  There hasn’t been any change. We have peaceful protests but nothing comes out of them. So what do you have left if that’s not working?”

Although Bump sees most of the movement filled with BLM protesters aiming to cause disruption to cities and destruction, reports on riots and protests have not held up this thought. The Washington Post reported that “the protests have had the air of civic-minded street festivals, with music, speeches and public art.” They also reported that in Richmond, Virginia, there have been findings of white supremacists working to make peaceful protests violent.

According to Politico, in a 2015 interview, one of the three BLM co-founders declared that she and another co-founder “are trained Marxists.” Something that Bump feels very strongly against.

“I don’t believe in what they’re standing for, which is Marxism, and I just can’t get beside that agenda. Tearing down what America was built on,” Bump said.

Even though this was said by one of the co-founders, The Associated Press has reported that President Trump portrayed the “hundreds of people arrested nationwide in [BLM] protests against racial injustice as violent urban left-wing radicals. Very few of those charged appear to be affiliated with highly organized extremist groups, and many are young suburban adults from the very neighborhoods Trump vows to protect from the violence in his reelection.”

The fight to eradicate systemic racism and implement police reform, funding reform and legislative changes from BLM protesters has become a more hot topic issue over the past months. There have been differing opinions on what systemic racism is and how it affects today’s society and the communities POC live in.

According to the Cambridge Dictionary, systemic racism, also known as institutional racism is “policies, rules, practices, etc. that have become a usual part of the way an organization or society works, and that result in and support a continued unfair advantage to some people and unfair or harmful treatment of others based on race.”

“Systemic racism plays a huge role in our society,” Shaw said. “Now I think there are a lot of people who are coming to terms with it and seeing that this is something that needs to be dealt with. This goes from housing differences to disproportionalities in incarcerations, and schooling and health care. It’s everywhere. You can’t look at any aspect of society and say that racism doesn’t have a play in it because it 100% does.”

On the other side of the spectrum, people have debated over whether systemic racism is something that exists in the U.S. at all. Some young people like Bump do not see systemic racism as a legitimate issue.

“I don’t think that the system is racist; I think there are racists in the system, and those racists can have an effect on different things,” Bump said. “The system hasn’t changed for years and it’s just now becoming a problem. I do believe at one time it probably was, but I don’t believe it is now.”

Hope for the future

Shaw has been working to bring awareness to other students about racial inequities. Juniors Kashish Bastola and Emily Verhagen, and Shaw have even started their own organization, Students for Equality Through Education, which has been working to implement an anti-racist curriculum that is both inclusive and equitable to all students.

“I can still spread awareness, and I can still have the tough conversations, and I think that we have to do something even if it’s not a lot,” Shaw said. “At this point, it’s your problem, my problem, the person who lives next door. It’s everybody’s issue.”

Read the full interviews for Shaw and Bump